Health is a spectrum. There is the height of the health spectrum where the body is strong and nothing seems to slow it down. In the middle of the spectrum everything seems well and good with no overt problems to spark warnings of declining health. Then there’s the bottom of the health spectrum where disease precipitates and makes its presence known and action is now required or else. At this point you have entered the disease range of the health spectrum that falls lower and lower, ranging from non-threatening symptoms all the way down to the death bed. Every person alive is on this spectrum and the lower you fall, the harder it is to climb out of the hole. I ask you: Where are you on that spectrum?

Cancer is not a Disease

By the time that cancer shows up things are in the lower disease levels of that spectrum and declining fast. But did you know cancer is not technically a disease? That’s right! Cancer is not a disease—it is a cascade of symptoms with definite causes that result in a cancer diagnosis on the down-spiral of health. In fact, cancer is no more a disease than a simple headache is a disease. If you treat the cause of the symptoms, the “disease” magically goes away as the health spectrum trends positive. Treating the disease of cancer will never bring a cure. Treating the causes of the cancer will. In other words; remove the causes of the cancer and the body cures the cancer!

All cancer symptoms have causes in various combinations of: poor diet, processed food chemicals, nutritional deficiencies, chronic low pH, chronic inflammation, toxic exposures to pesticides, chemicals, drugs, heavy metals, radiation, EMFs, hormone disruption, molds. And that is just naming some of the big ones… Cutting out and burning up the cancer itself does nothing to treat the causes and definitely won’t reverse the health spectrum-disease spiral. Curing cancer requires pro-life treatments that boost the health spectrum trend and not anti-life treatments that destroy cells both good and bad.

Which is stronger: Is it the human body? Is it cancer? Or is it chemo/radiation? Uh, chemo/radiation actually kills more humans that have cancer than cancer kills humans that have cancer! The fact is that by the time cancer is diagnosed in a majority of humans, the cancer has been stewing and brewing for decades. On the upper spectrum of health the body is strong enough to fend off cancer and you never even know it was there. Left on a declining health spiral, once cancer hits a vital organ or body system it is very late in the game to start the battle back to health–but not too late!

Rats in the Garbage

Oh sure, chemo/radiation might prolong the event of death–maybe, but I see it like this: You can also kill rats in your home with a hand grenade! Maybe you got rid of those rats but more are already on the way. Plus you destroyed your quality of life in the home. If you have rats in your home, you have both garbage and access for them to thrive. Take out the garbage and the rats disappear. Plug the access holes and they can’t get back in. Get rid of the causes of the rat infestation–of course you know we are talking about cancer here and not actual rats, right?

Hippocrates underscored this health spectrum by saying: “When an illness has reached its acme, the lightest diet must be prescribed.” In the vast history of medicine, diet controls and fasting have long been a tool used against disease AND despite what modern medicine would have you believe, healing did occur before pharmaceuticals were patented. Physicians of old brought about cures using herbs, diet changes, fasting and cleansing. In 75 AD, one of the favorite practices of Thessalus was to begin the treatment of almost all diseases by prescribing an abstinence from all food for a period of three full days. A Greek physician by the name of Aretaeus of Cappadocia, around 250 AD, described a disease he labeled “koiliakos” or “suffering in the bowels”. Aretaeuas recommended a drastic diet change to rice exclusively to relieve the symptoms of this disease. Traditional Chinese Medicine has thousands of years of successful disease treatment protocols using herbs along with the concept of qi and chi.

I have always said: “The best time to seek your health is while you still have it!” I ask you again, where are you on the health spectrum? Most importantly, what are you willing to do to change the projections on your health to cure or prevent disease? 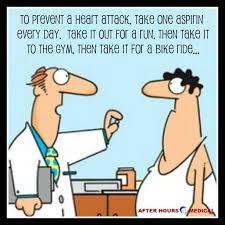 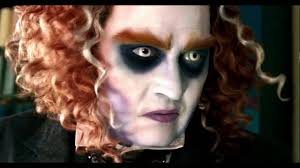 Could mercury in your body be causing anger, rage and personality disorders? How about cancer or immune disorders? Low thyroid? What's your health problems and are they mercury related? 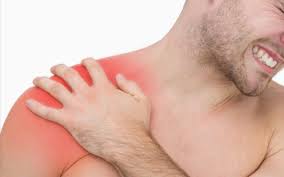